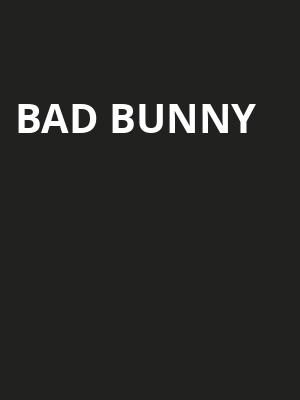 Bad Bunny is a rising star in the American music scene. Having quickly gained fame in 2016 for his Latin rap and topping the charts in 2018 with Cardi B's 'I Like It Like That', Bad Bunny's first singles saw him rise rapidly through the highly competitive ranks of Latin American music and now there's no slowing him down. 2022 will see him hitting the road on his 'El Ultimo Tour Del Mundo' (translated to 'The Last Tour of the World') in support of his 2020 album of the same name.

To show his mammoth growth, in 2019 Bad Bunny had two million subscribers on his YouTube, fast forward two years he now has 33 million! Bad Bunny has crossed the music border and brought his trap beats to the ears of the US audience. Having featured on reggaeton's biggest tracks Bad Bunny is quickly becoming one of the newest and most exciting voices in the trap, rap and reggaeton genres.

Sound good to you? Share this page on social media and let your friends know about Bad Bunny at Pechanga Arena.