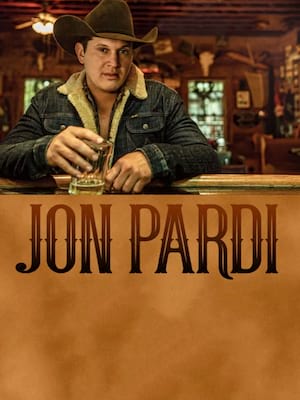 Jon Pardi hits the road in celebration of his latest album, Heartache Medication!

Hold onto your hats, Jon Pardi is heading out on tour! Californian born Country star, Jon Pardi is heading out on tour this fall in celebration of his third studio album, Heartache Medication. Since releasing his debut single in 2012, Pardi has been praised for his neotraditional style and has seen huge success in only a matter of years. Don't miss your chance to catch this rising star, live!

With four singles already having hit the top ten in the US Country charts, Pardi's debut album, Write You A Song (2014) lept straight to the number three spot. Two years later Pardi released his second album, 2016's California Sunrise, which hit number one in the US Country charts and went platinum, cementing Pardi as one of the genre's most promising new stars. The artist also won the ACMA award for New Male Vocalist of the Year and the CMAA Award for New Artist of the Year in 2017!

Sound good to you? Share this page on social media and let your friends know about Jon Pardi at Waterfront Park.