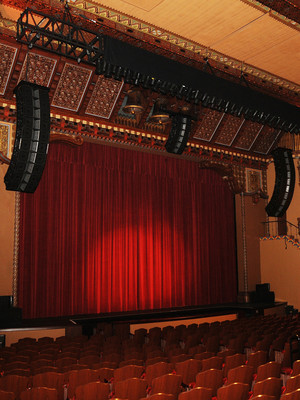 You can catch Benise at Fox Performing Arts Center in Riverside, showing Sep 16, 2023

Benise is also touring to:

The Emmy-winning Spanish performer is live!

The spirit of Spain comes alive!

Benise and his fabulous cast of Spanish dancers and musicians are heading on a world tour, with a set of engagements Stateside! The Emmy-winning music and dance spectacular production "Fuego" sees the guitar virtuoso celebrate the spirit of Spain!

Benise captures the music and romanticism of Spain in a captivating show that will appeal to the hearts of people across all ages, cultures and musical tastes.

Having first found fame during his time as a street performer, this show sees him return to his roots of guitar and dance with a decidedly Spanish flavour. Don't miss 'The Prince of Spanish Guitar' as he takes you with him on this musical adventure.

Sound good to you? Share this page on social media and let your friends know about Benise at Balboa Theater.