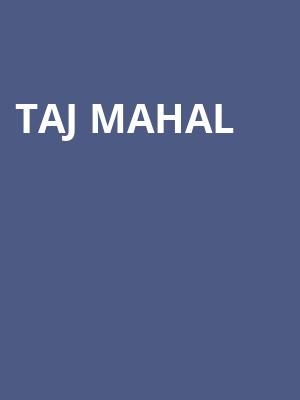 Be swept away with Taj Mahal.

Beginning his career in the mid-'60's Taj Mahal, a.k.a Henry Saint Clair Fredericks has become one of the most influential Blues musicians in the world. With a career spanning over 50 fabulous years, Taj Mahal has been awarded three Grammy awards for his eclectic fusion of the blues, jazz, and reggae. This living legend continuously releases new hits, don't miss him when he hits the road!

Releasing his debut album back in 1968 Taj Mahal has gone onto release a whopping 29 albums, marking him as one of the most hardworking musicians in the business! Using a wide range of instruments in his craft (guitar, piano, banjo and the harmonica to name but a few), Taj Mahal is able to create excitingly new and thrilling, yet authentically Blues, work!

Sound good to you? Share this page on social media and let your friends know about Taj Mahal at Belly Up Tavern.