Sorry! You missed Built To Spill at The Casbah 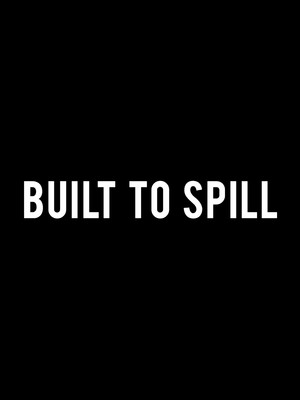 Built to Spill are back with the Keep It Like A Secret Tour!

Why See Built To Spill?

'90s Indie Rock legends Built to Spill are returning to the touring circuit this year in celebration of the 20th anniversary of their fourth album, Keep It Like A Secret. They will be hitting the North American road for an extensive tour spanning over 80 dates, where they'll share the stage with The Claypool Lennon Delirium and Jim James.

First formed in 1992, Built to Spill became the sound of the 90s and early 00's, becoming a key influence in many band's music creation, including, the Strokes and Death Cab for Cutie. With eight studio albums, these Indie Rockers have a plethora of tunes to keep their multitudes of fans happy making this tour a not to be missed hit!

Seen Built To Spill? Loved it? Hated it?

Sound good to you? Share this page on social media and let your friends know about Built To Spill at The Casbah.