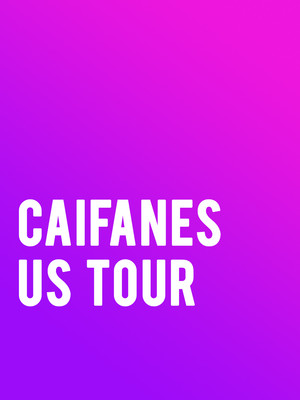 Mexico's iconic rockers are out on tour!

One of Mexico's most influential rock bands is heading to the States on tour! Heavily influenced by the likes of The Cure and Echo and The Bunnymen, Caifanes achieved national success through the late 80s and early 90s with their molding of New Wave sounds and traditional mariachi trumpets and bolero guitars, no better showcased than on their most famous number La Celula Que Exploita.

With four albums to their name, Caifanes have heavily influenced the Mexican rock scene and their unprecedented success has forced record producers to take not only them but other burgeoning rock groups to be taken seriously. Don't miss them live on tour!

Seen Caifanes? Loved it? Hated it?

Sound good to you? Share this page on social media and let your friends know about Caifanes at House of Blues.