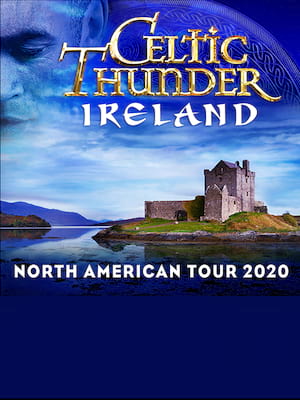 Celtic Thunder formed in 2007 and have gone from success to success. Their mixture of traditional Celtic folk songs with more contemporary numbers (not to mention their boy band looks) have won them fans in very high places. They had the honor of opening the Saint Patrick's Day Parade in 2009 and have played for the Obamas at the White House.

Catch the boys on their very special Ireland tour in 2020 as they perform their most popular songs of the last decade. A mix of traditional ballads, Irish classics, and contemporary pop hits Celtic Thunder bring you a totally Irish night out, perfect for all the family!

Suitable for audiences of all ages

I had never seen a performance by Celtic Thunder until 2013 in Charlotte,... more

Barbara Foster: “The best in music!”

I have seen their show called, The Best of Celtic Thunder at this theater... more

Sound good to you? Share this page on social media and let your friends know about Celtic Thunder at Humphreys Concerts by the Beach.