Sorry! You missed The Cult at Humphreys Concerts by the Beach 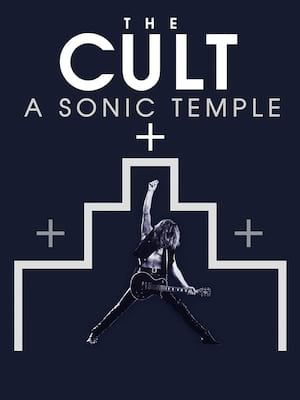 Why See The Cult?

The Cult Return to the road!

Led by singer Ian Astbury and guitarist Billy Duffy, The Cult were one of the most distinctive bands of the 1980s. Blending the post-punk sound of counterparts like Echo and the Bunnymen with a heavier metal vibe, The Cult hit the big time in 1985 with 'She Sells Sanctuary' (whose video memorably featured Astbury dressed as a goth pirate). Later hit singles included 'Love Removal Machine' and 'Fire Woman'.

Astbury and co. are heading out on tour in 2020, celebrating 30 years of their iconic Sonic Temple album alongside their extensive catalog, and bring to you their classics and fan favorites. With tracks ranging from 1984's Dreamtime to their last album release, 2016's Hidden City.

Sound good to you? Share this page on social media and let your friends know about The Cult at Humphreys Concerts by the Beach.