Sorry! You missed Put Your House in Order at La Jolla Playhouse 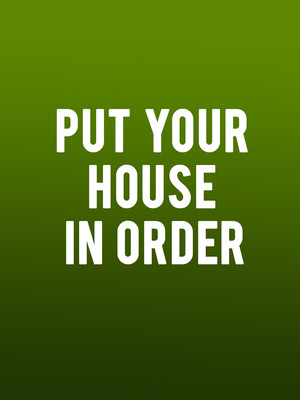 Put Your House in Order

Why See Put Your House in Order?

La Jolla Playhouse has bagged the world premiere of award-winning playwright Ike Holter's newest creation Put Your House in Order, a play that marries suspense with wit so sharp you could cut your finger on it.

The play begins with a first date, but just as things are hotting up, the universe throws the young couple a giant curveball - the world is ending; right now. What ensues is a thoroughly clever three-person thriller with edge-of-your-seat suspense and comic romance in equal measure. It's a show won't want to miss.

Holter already has a string of stage hits under his belt including Hit the Wall, Exit Strategy, and Sender. In 2017, he was awarded the Windham Campbell Prize for drama and praised for his explosive political, perceptive and personal writing.

Rest assured, Put Your House in Order will not disappoint.

Sound good to you? Share this page on social media and let your friends know about Put Your House in Order at La Jolla Playhouse.