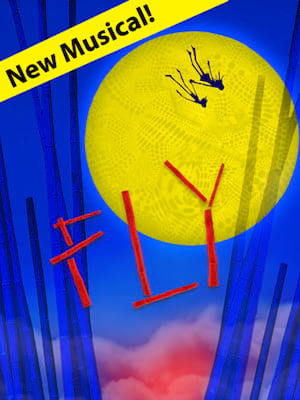 Wendy, John, and Peter are on a quest to find Michael, but no sooner than they set off for Neverland than they become separated from each other and lost themselves. With danger lurking around every corner, Fly promises to be a thrilling edge-of-your-seat show, full of stunts, pirates and sword fights, dramatic instrumentals, songs, and drum beats. Excitement is the name of the game in this magical show that is suitable for all the family.

Jeffrey Seller is a multi-award winning producer best known for Rent, Avenue Q, Hamilton and In The Heights. The musical's orchestrator, Bill Sherman, won a Tony Award for In The Heights, choreographer Andy Blankenbuehler has won multiple awards for his work, as has playwright, Rajiv Joseph who also won the Pulitzer Prize for Drama.

Seen Fly? Loved it? Hated it?

Sound good to you? Share this page on social media and let your friends know about Fly at Mandell Weiss Theater.