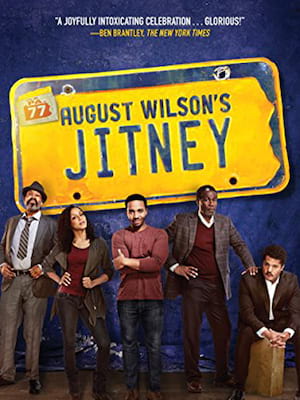 The Tony-winning revival of August Wilson's play, Jitney, has hit the road on a national tour! Playing Broadway's Samuel J. Friedman Theatre in 2017 this Reuben Santiago-Hudson helmed production garnered critical acclaim as well as six Tony Award nominations. Written by August Wilson in 1979, Jitney tells the story of a group of jitney (unlicensed taxi) drivers in the 1970s and their fight to survive amongst Pittburgh's 'urban renewal'.

Wilson depicts a poignant portrayal of the struggle poor neighborhoods face when gentrification takes place. Jitney has been described as a "playful and poignant drama" by The Guardian and a production that "magnifies marginalized souls" by The New York Times.

WHAT IS IT ABOUT?

The scene is set in Pennsylvania in 1977 at a dilapidated unlicensed cab station, on which local residents rely for cheap fairs, rather than the expensive regulated taxis. However this mutually beneficial agreement is threatened with the release of the station owner's son from jail; violence flares, secrets are leaked and the uneasy peace holding everyone together nearly breaks down.

In addition, the cab office building is due to be closed down for urban redevelopment; however, the area's surrounding buildings that have already been closed have been forgotten for the promised work. Will our motley crew survive the threat of being pushed out in favor of gentrification? Or will the prodigal son finally stand up and fight for everybody his father's service stands for?

Please note that the images used are from the original Broadway production and may not reflect the current cast.

Best Revival of a Play

Very well-acted and powerful. Interesting how one character gives what... more

An absolutely riveting production and superb performances by every actor.... more

Sound good to you? Share this page on social media and let your friends know about Jitney at Old Globe Theater.