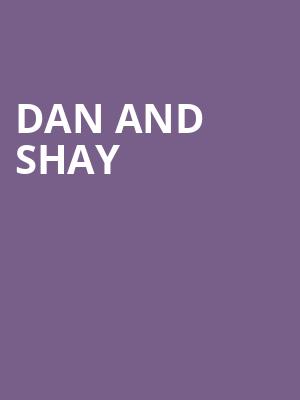 These country boys are ready to hit the big time!

Why See Dan and Shay?

Gear up Dan + Shay fans as this Grammy award-winning songwriting duo head out on their brand new Arena tour! The aptly named, The (Arena) Tour, will see the country stars hit over 38 North American cities over the course of 2020. Blending smoky country music with brighter shades of pop the pair have cultivated quite the following with their three studio albums. Now having released a major hit ("10,000 Hours") with none other than Justin Bieber, these guys are ready to take their career to the next level, are you ready?

Having formed not too long ago (2012 to be exact), Dan + Shay set Nashville alight when the fruits of their writing session, and the first song they ever wrote, was given to Rascal Flatts. A few months later, the promising young performers signed with Warner and the rest, as they say, is history. With all three of their albums ("Where It All Began", "Obsessed", "Dan + Shay") hitting the top ten in the US charts and mirroring the success of their nine singles, and garnering a 2020 Grammy award for Best Country Duo, these gents have taken the music world by storm.

Between their ballads and upbeat anthems, their natural charisma and energy floods any stage they take to, so don't be surprised if your feet start moving of their own accord!

Seen Dan and Shay? Loved it? Hated it?

Sound good to you? Share this page on social media and let your friends know about Dan and Shay at Pechanga Arena.