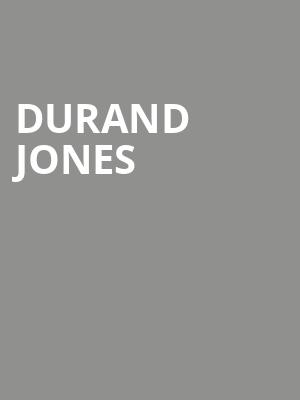 Though their aesthetic is steeped in the golden dreaminess of early 70s soul, the Indications are planted firmly in the present, with the urgency of this moment in time.

Formed from friendships made while studying at Indiana University in Bloomington, Durand Jones & the Indications are a four-piece consisting of Aaron Frazer on drums, Blake Rhein on guitar, Kyle Houpt on bass and Justin Hubler on the organ. The band released their self-titled debut in 2016 and they haven't slowed down since, their second album 'American Love Call' was released in 2019, followed by their most recent release 'Private Space' in 2021. Now's your chance to catch their new music along with fan favorites live!

The group's second album 'American Love Call' was labeled as "music that can be sustained for eternity" by The Guardian and "a timeless, optimistic listen" that makes "a great American soul record for these times" by NME.

Sound good to you? Share this page on social media and let your friends know about Durand Jones at Soma.