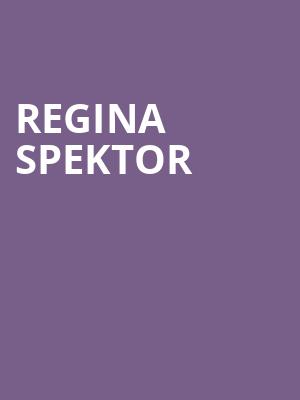 Perfect and quirky piano pop from the Russian-born singer

Idiosyncratic pop pixie Regina Spektor is live! Don't miss her lushly orchestrated tunes laden with the pitch-perfect pop she has made her own.

Classically-trained from the age pf six, the Soviet Russian-born Spektor first caught the world's attention in the early 00s as one of the leading lights of New York's independent anti-folk scene, alongside acts such as The Moldy Peaches. Her songwriting matured spectacularly over the proceeding years, producing instant classics like 'Us', 'Fidelity' and 'Samson'. Catch her playing songs old and new when she brings her solo show to you this summer.

Sound good to you? Share this page on social media and let your friends know about Regina Spektor at The Magnolia.