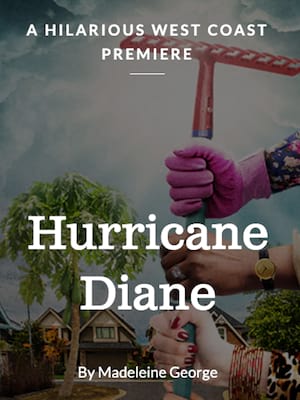 A Funny and Modern Comedy from Madeleine George

The modern issue of climate change finds an unlikely solution in the mythological Greek God of wine, Dionysus. Dionysus decides to come to earth disguised as Butch gardener Diane in order to gain human followers and restore the planet back to its natural and safe state. She begins with four real housewives from New Jersey.

Hurricane Diane comes from the pen of playwright Madeleine George who was a finalist for the Pulitzer Prize for Drama in 2014 and received the Whiting Award for Drama in 2016. The play is directed by James Vsquez and comes to The Old Globe in February 2020.

One hour and 30 minutes. There is no intermission.

Sound good to you? Share this page on social media and let your friends know about Hurricane Diane at Sheryl and Harvey White Theatre.